Last month I attended a workshop on Mantras and Malas at The Mat Yoga Studio, where I had the opportunity to create my own mala beads. Through Instagram and online articles, I’ve seen mala beads in so many pictures, adding to pictures of serenity. But what exactly are mala beads? What’s the purpose and how could those beads take me further in my own practice? 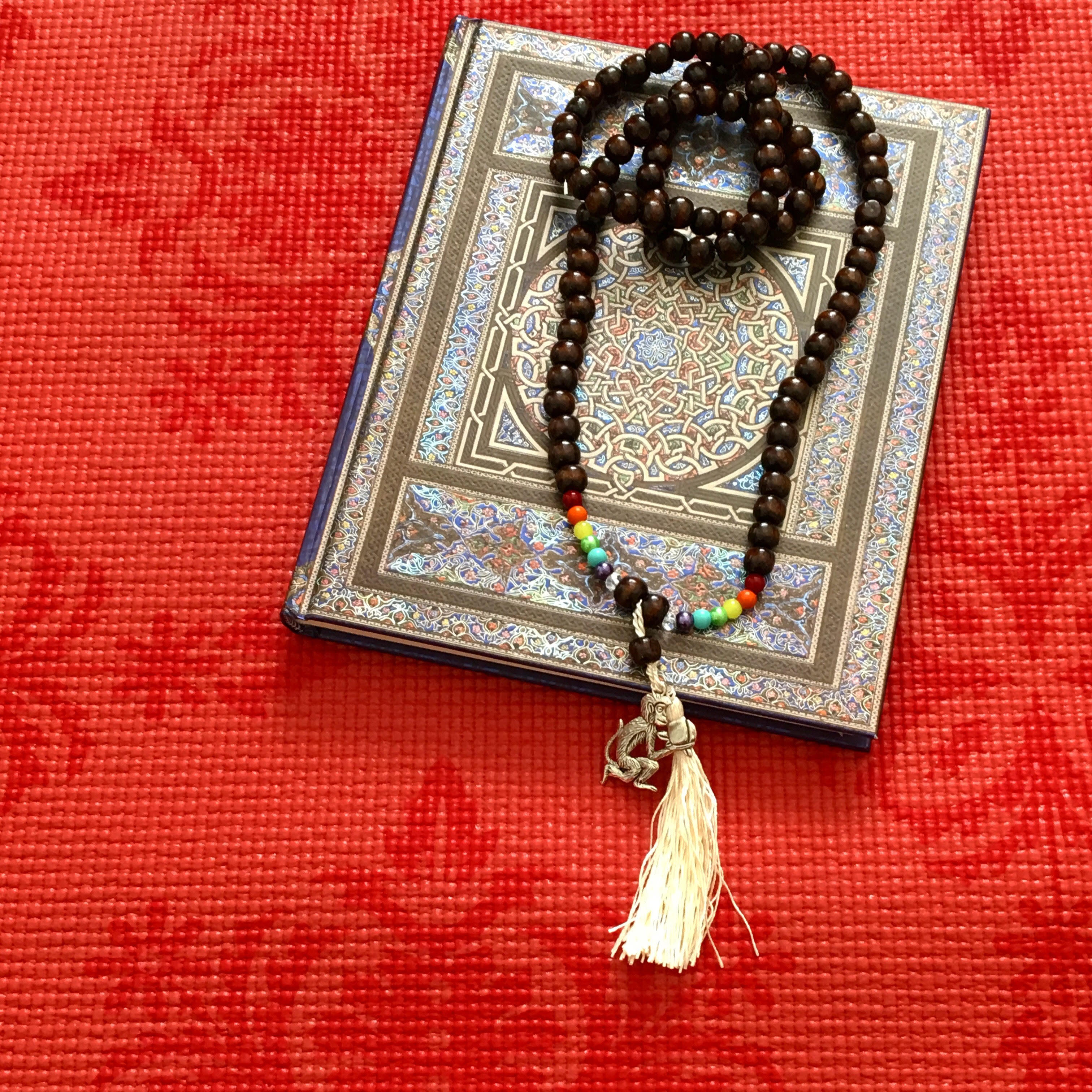 Mala beads themselves can come in different lengths, but the numbers I found were generally some sort of multiplier equaling to 108. In the workshop, we made ours with 108 beads, plus a “guru” bead in the center above our tassel. That lone bead represents the divine teacher, and marks the center of the mala beads. The beads on either side are the starting and ending points. We began on one side and upon reaching the other end, twisted the mala beads around in our fingers to go around again instead of counting over the guru bead. The twisting was actually quite a pretty movement, though I do still need some practice.

If the number of beads seem familiar, it’s because 108 is a sacred number in yoga, Hinduism and Buddhism. I am definitely still a student here, and am unable to tell you why 108 is sacred. But it can be found in all sorts of places in these traditions’ texts, practices, spiritual representations and art. When talking about energy points and pathways in the body, there are those who say these number 108 as well, and also point to recurrences of 108 appearing in nature.

Mala beads aid in counting the repetitions of mantras. I see mantras quite prevalent now, with all sorts of mentions online and in magazines, particularly wellness oriented articles. The writers encourage having a mantra to begin the day, or to repeat a short phrase to manifest something in your life. A mantra can be about confidence, happiness, self-love, etc.

But more than that, mantras aid in meditation. A mantra becomes a focus point to bring the mind back should the mind begin to wander, the way some people advise coming back to the breath when daily tasks or random musings start to bubble up. Instead of counting the breath, one can repeat a chosen mantra over and over again – which is where the mala beads come in. As the mantra is repeated, one’s fingers slip over another bead, making the way around to repeat the mantra five times, ten, or maybe 108…

As someone that loves to tie items I can take with me to special moments or events – such as that a special ring purchased while visiting a friend in Europe – what I really loved about this workshop was creating my own mala beads with my fellow teacher trainees. This year I took the plunge and am going through my 200 hour teacher training – which is definitely a subject for another post! But when I saw this workshop was during one of our training sections, I knew that this would be a reminder to carry with me of the incredible experience this training has been and the people I’ve gotten to know.

And a big thank you to Stefanie for leading the workshop and teaching us some beautiful mantras!