I’ve been a little silent over the holidays, but that’s because I was back home for the Christmas holiday. Did the whole tree thing with presents and a delicious dinner with the family, along with just spending some time relaxing. It was great.

And on Christmas Eve (okay, given that it was about 2 in the morning, Christmas itself), we exchanged gifts. Now let me back up for a minute and say that several weeks ago, I spoke with my mother about gift ideas. I’d finally gotten around to sending her a list, and she called me to tell me we had a problem. She was going to list one of the books I wanted on her own list to me. Um.

So I suggested we remove it altogether. Because if I told her to remove it, then I might suspect she would get it for me so she could read it after and vice versa. But then I had a hard time trying to figure out what to get her. If the book was safe from our lists, then let me go ahead and get it. 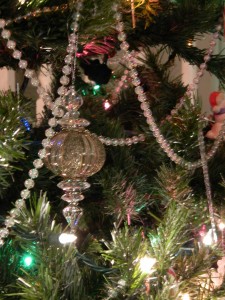 Come Christmas night then…she unwraps her gift from me and laughs, thanking me. When I get to one of my gifts from her…well, I kind of knew what to suspect. Yup. We’d gotten each other Catherine the Great: Portrait of a Woman

. I guess we both had the same idea. Since we do share our books though, we went back to the bookstore where I was able to exchange one copy for different books. Now I just have to wait for her to read it.

Still…it was kind of amusing. Next year I guess I’ll just have to demand more book suggestions.