I can credit my friend for first introducing me to Wanderlust several years ago. She attended one of their three-day yoga festivals and it sounded so amazing. We had first talked about the possibility of me joining her, but I wasn’t able to fly out for the visit. But then I started seeing these Wanderlust 108 festivals happening all around the country. When Dallas appeared on the list of upcoming dates, I was there. 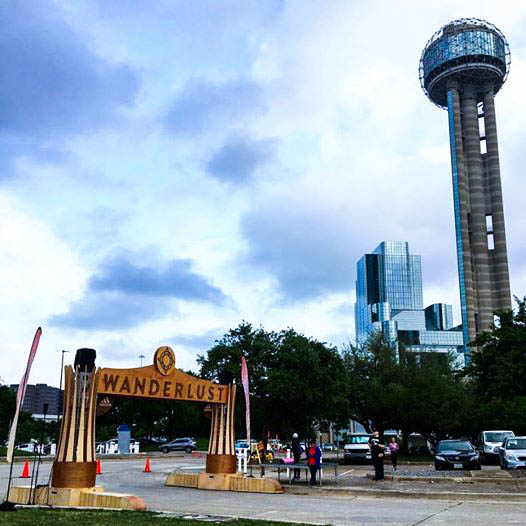 Wanderlust 108 is a Mindful Triathlon, comprised of a 5k, a yoga practice and a guided meditation. I participated in all three events, beginning with the run in the morning. What made this even more special for me is that it was my first ever 5k. And while I didn’t run the full race, I did run a little longer than I expected, encouraged on by all that wonderful energy and support.

And what a great experience it was! That day was made even better by the Texas rain holding off, and even the sun making an appearance during the yoga practice. Yes, I had been keeping my eyes on that forecast as rain was expected the entire day. I’d planned to participate anyway provided that it was a light rain. I was that determined and that excited.

There was great music, a wonderful host (Thank you, MC Yogi, for being sympathetic, entertaining and engaging!) and an incredibly supportive atmosphere. 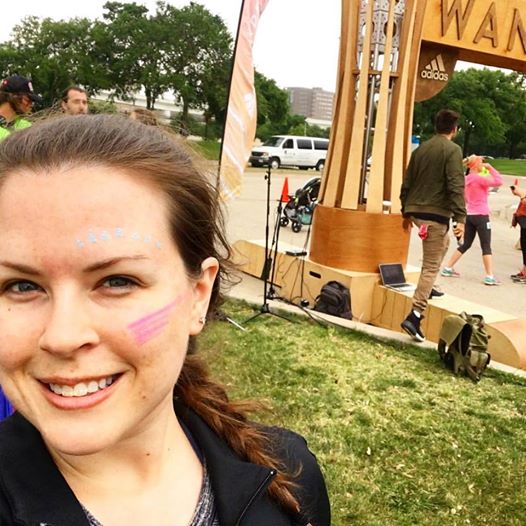 Getting psyched for my first 5k!

That energy that carried me on to complete my first 5k started from the beginning of the course and throughout. It was fun and exciting, and motivating. And I find myself now looking forward to another little run on the trails in my city. I want to take up a little running, finding that I am stronger after the last several months of a steady yoga practice. I enjoy even my short beginning runs in ways that I used to not. And when I go to my next Wanderlust 108, I’d like to run most – even if not the full – 5k run. Because I don’t think it could be call a race. We weren’t racing against each other, we were simply having fun.

There is really something special about practicing yoga, and meditation, outside. It’s challenging standing in warrior or in balancing in a lunge and having the wind breeze past you from one side to another. But then peaceful with that same soft wind on your skin and hearing the birds and even the cars passing by. 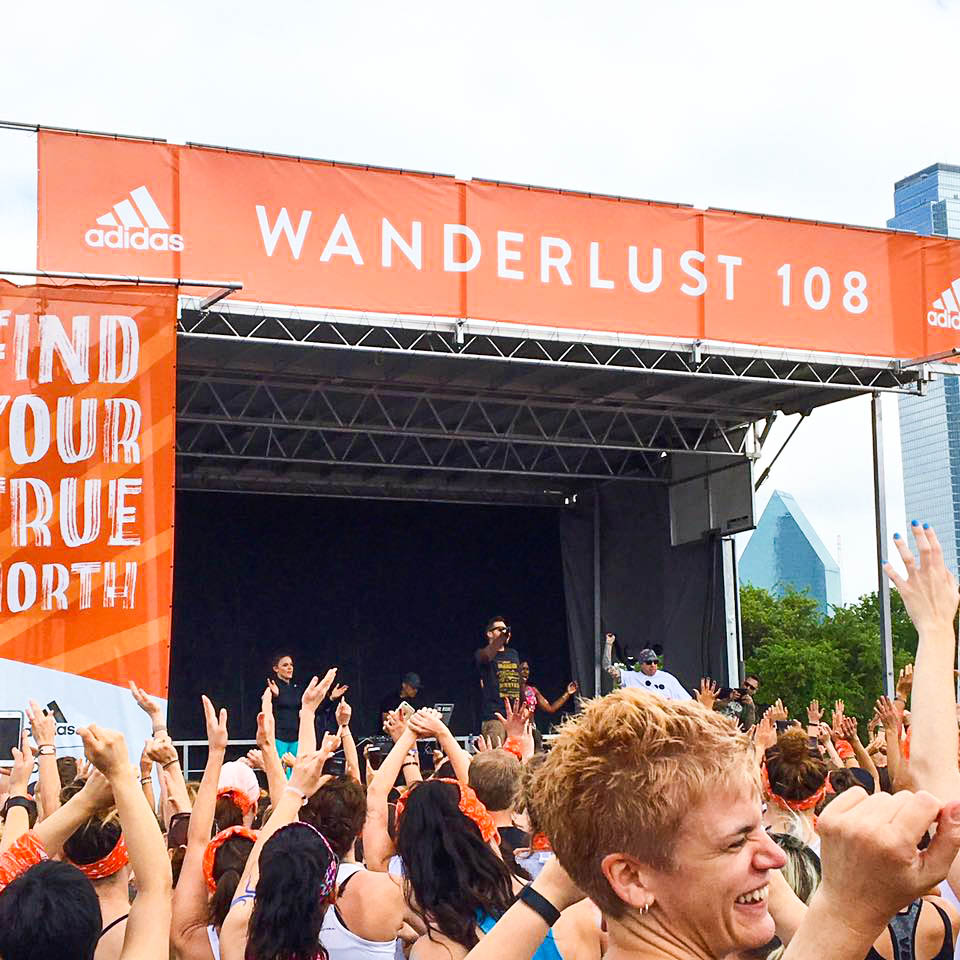 It was a great flow, starting off with a dance party led by MC Yogi and then stretching out from the run, strengthening in warrior and twisting to release tension. And one of my favorite poses: crow. Maybe again it was strength built over the last several months or buoyed by the energy, but I was able to balance in crow for longer than I have before. And even while it may only have been several seconds, it was several seconds than those few seconds I’ve held it before.

Thank you, Wanderlust for the incredible experience! It was exciting to be a part of, exciting to really see my own growth from over the last few months, and motivating to see how much further I can go.

And thank you to the weather for holding off the expected rain and even bringing out the sun for yoga and wrapping up the festival. 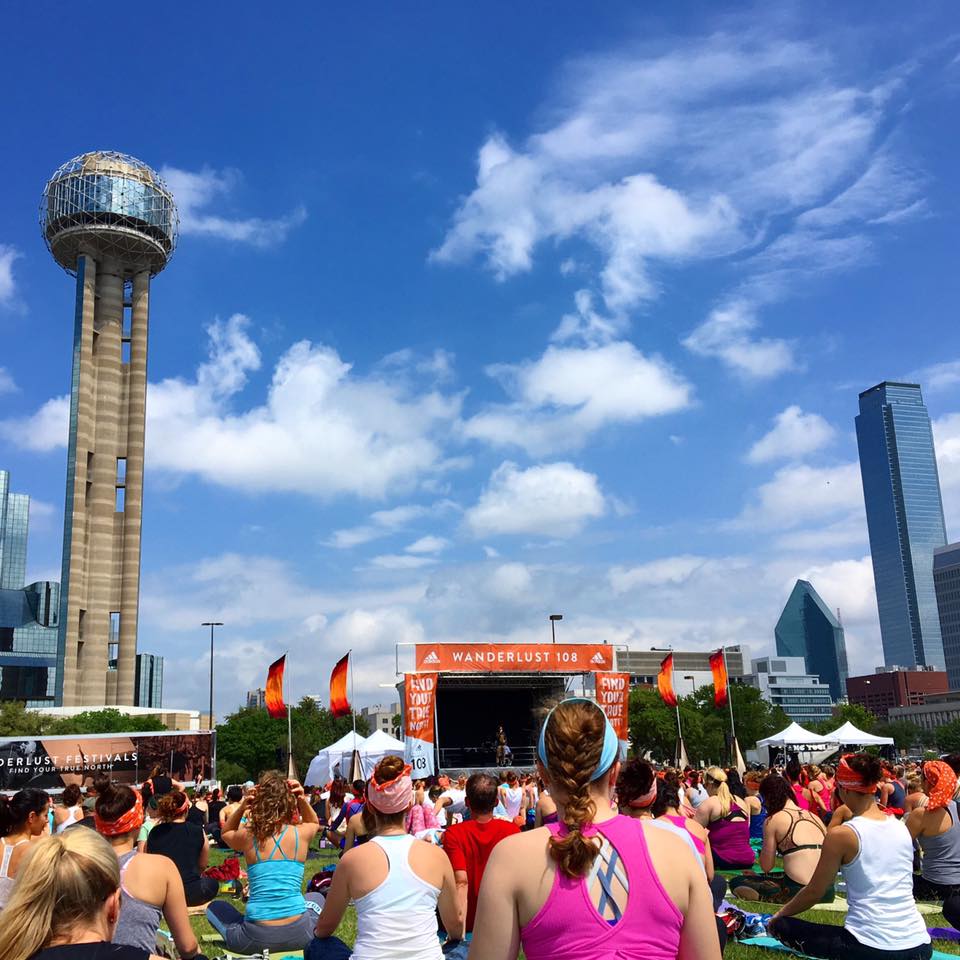