I’m a believer of third time’s the charm. It’s seemed to work out well for me, and part of that may even just be the power of positive thinking. So I was hopeful that this past weekend when I went to Austin, with full intentions of seeing the bats, I was going to see them. And I did. Sort of. 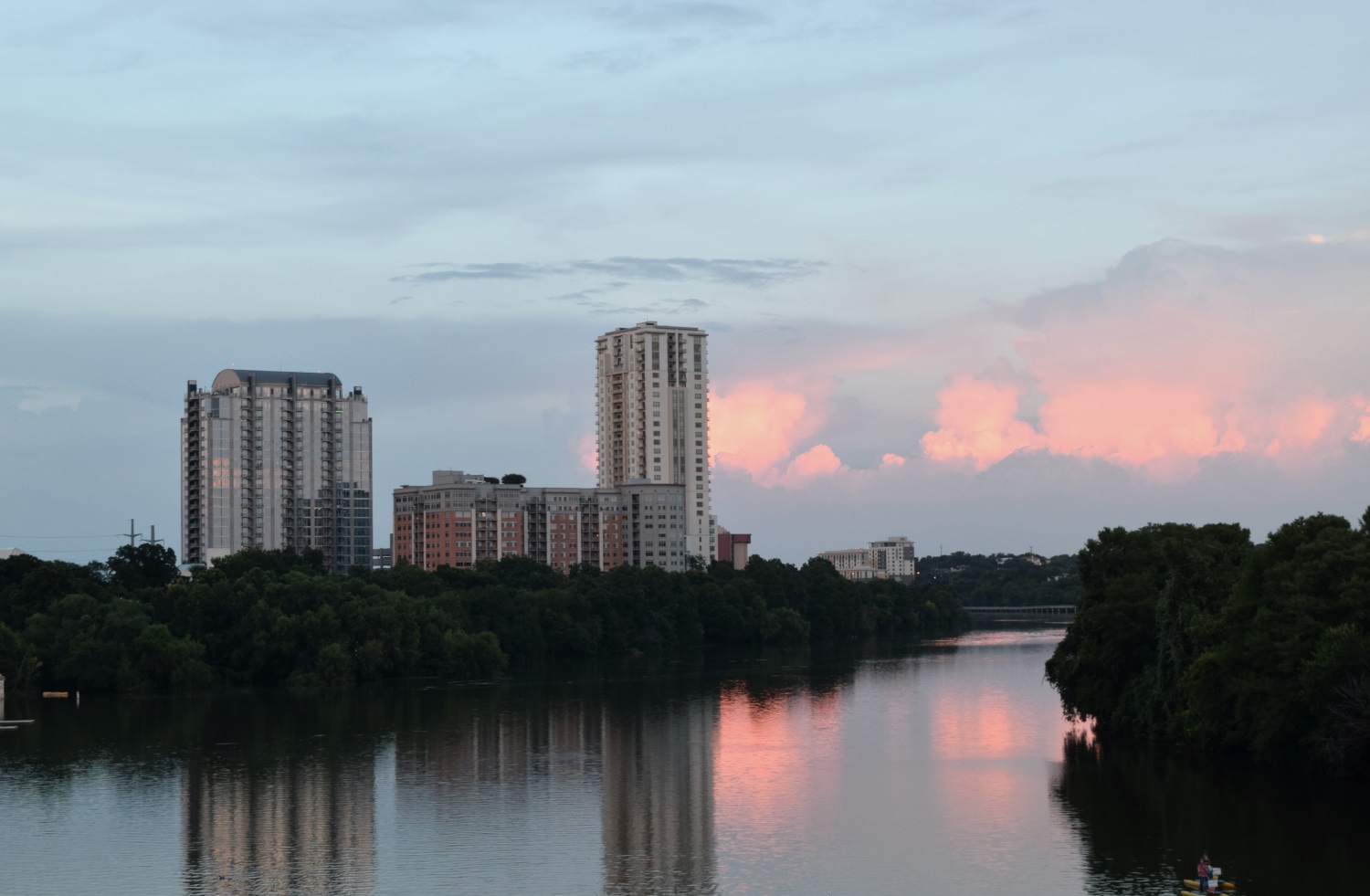 Waiting for the bats on the Congress Avenue bridge, and enjoying a beautiful sunset.

If you don’t know what I’m talking about, the Congress Avenue bridge is home to the largest urban bat colony in the world. The bridge is incredibly walkable from some of the downtown scene. Maybe you start the night off at sunset on the bridge and then head to Sixth Street for some music? Yes, you can walk that. And from the pictures I’ve seen and listening to friends who have seen them, it really is something to see. At sunset, all of those bats stream out from under the bridge.

More years ago then I’ll say, I learned about the bats on a school trip to Austin. I was there for an academic competition, and my sister and mother had traveled down to Austin as well. Well while I was doing school stuff, they somehow learned about and went to see the bats. This was not the first time that I attempted to see them. I didn’t even know about them. However…I thought it sounded kind of cool. I definitely wanted to go back and see them (who wouldn’t?). 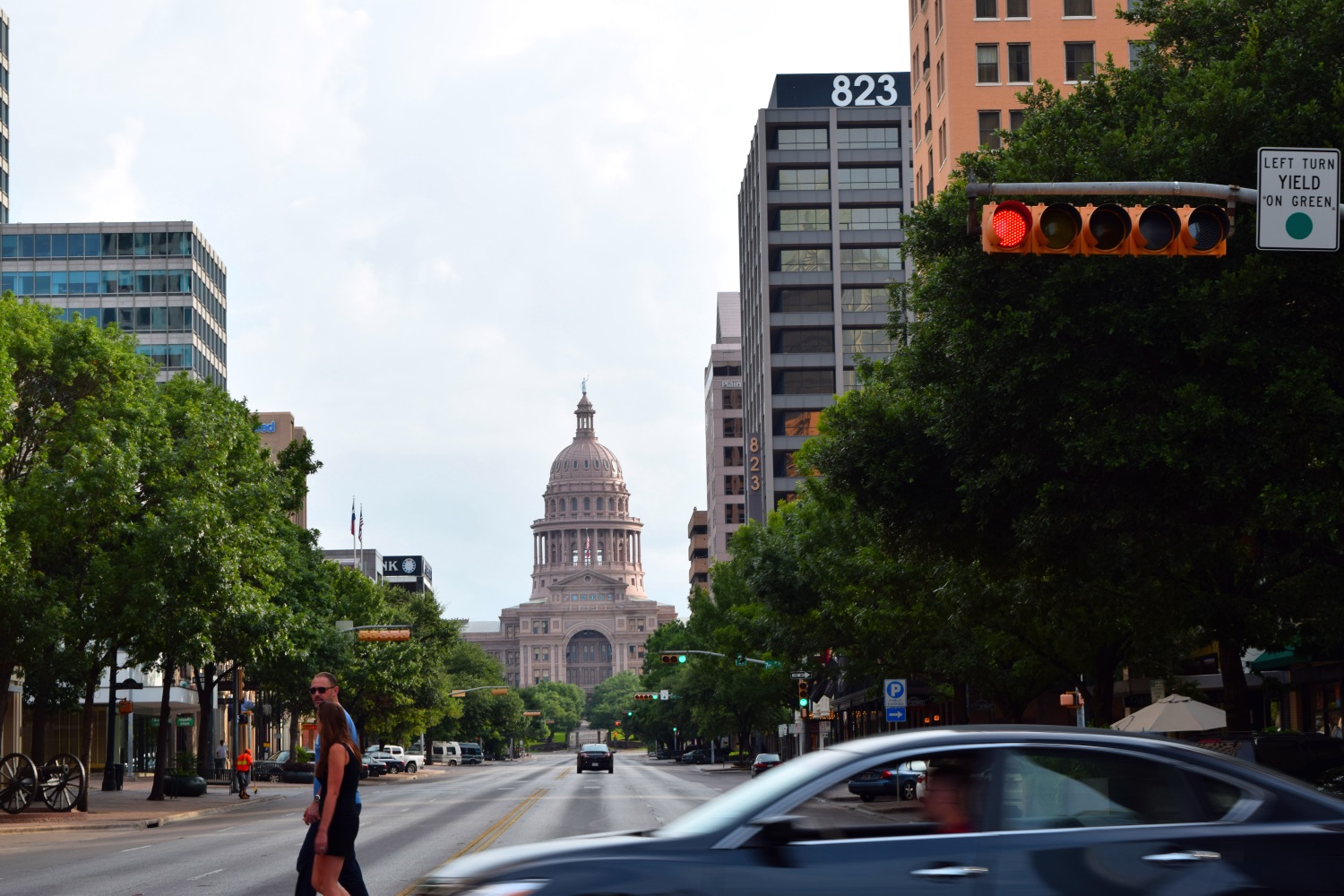 A few years later, my 15th birthday, my mother and I drove down to Austin to spend my birthday weekend. On the docket: see the bats. But here’s the thing to know. My birthday’s in the winter. So we were there, waiting at the bridge a little before sunset. And waiting. And finally I wandered over to a sign about the bats and read that they’re migratory. And apparently were in Mexico. 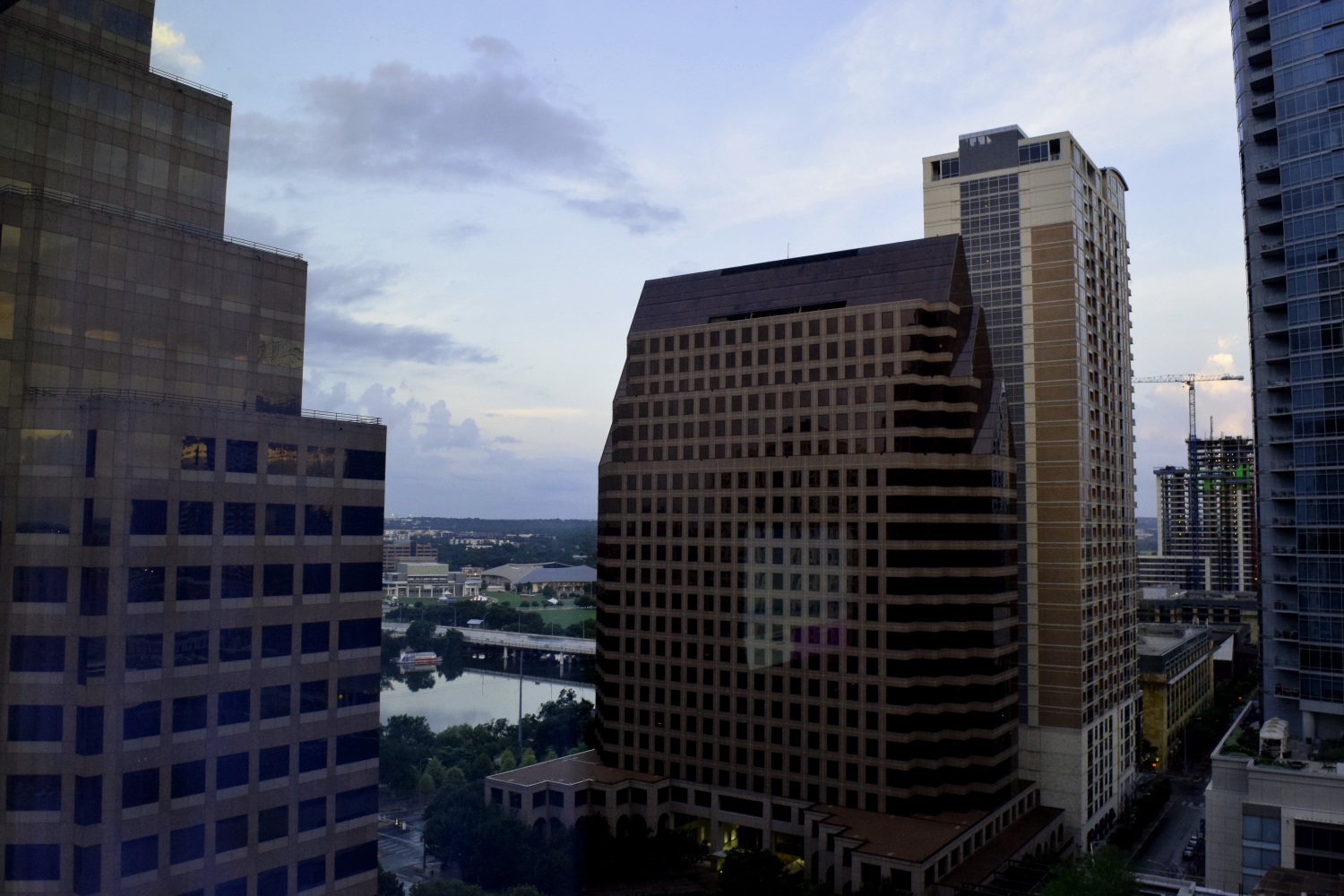 A different bridge, but the river is very nearby 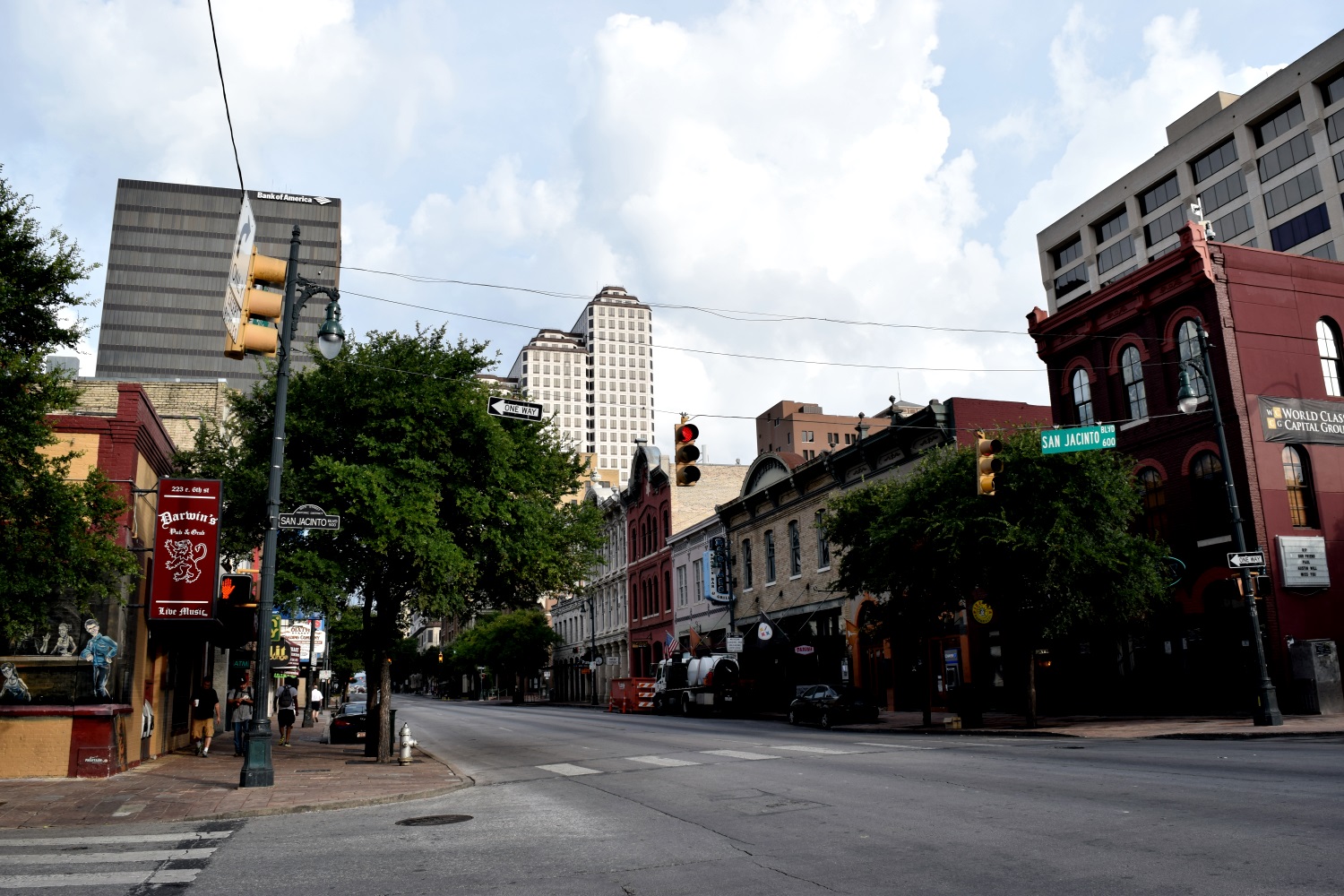 A quiet Sixth Street the morning after

After I graduated from college with plans to move to Washington, DC, I knew there were a few things I definitely wanted to see before I made that move. Austin – and those bats – was on that list! I went down to spend the weekend with a friend and explored much more of Austin than I’d seen before. I got in right around sunset on Friday – a little too late to make it down to the bridge from the Austin suburbs, but that’s okay. We still had Saturday. After checking out Sixth Street Friday night, and spending Saturday out exploring, we came back and put on a movie to kill time before it was time to go back downtown. And ummm….fell asleep.

Yes, that’s right. After a day out in the sun, the energy can definitely drain away. And it was right around sunset when we woke up. Sigh.

Which brings me to this past weekend. I had plans to seen some friends and told them ahead of time I couldn’t see them around sunset, unless they wanted to stand on the bridge with me. I met up with one friend before sunset, tried a new (to me), pineapple-infused local craft beer and caught up. But he got me back to my hotel well before sunset, so that I was there on the bridge with perfect timing. I had a great place at the rails and I was ready.

And so me, and everyone else there with me, waited. And waited some more. And then a cheer as the first one came out. This was it! 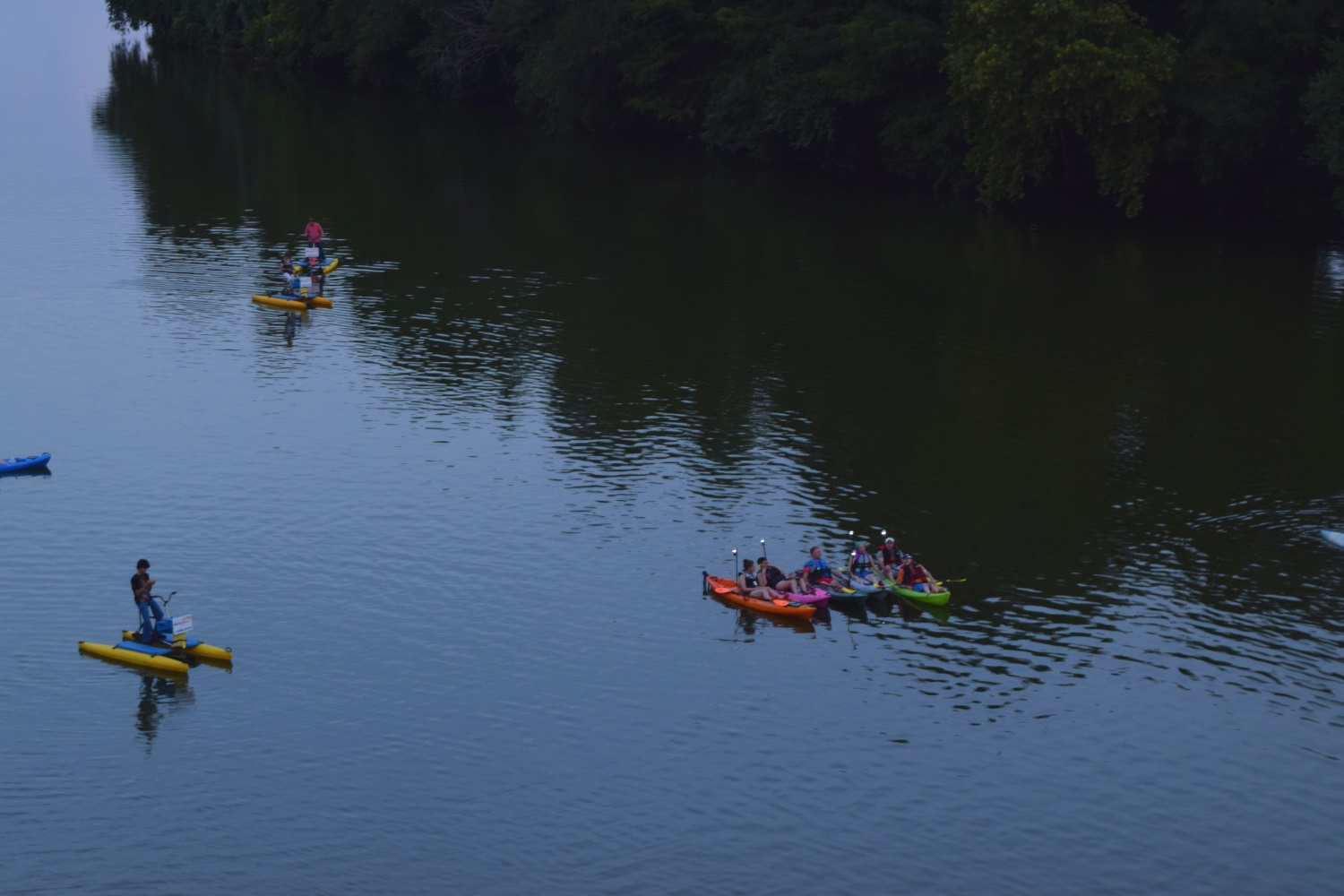 Darkening skies on the Colorado River

But then we waited. And the sky darkened, and darkened some more. They did finally start coming out, but at that point, it was too dark to see. I could see them just under the bridge where I stood near a light, but they are fast! It was really just seeing several streaks and blurs and then they vanished into the darkness over the river. They came out late. Which I’m looking into and finding out that it may have had to do with the weather. All over Texas, we’ve had such crazy rains and that bats are definitely eating their fill and more. 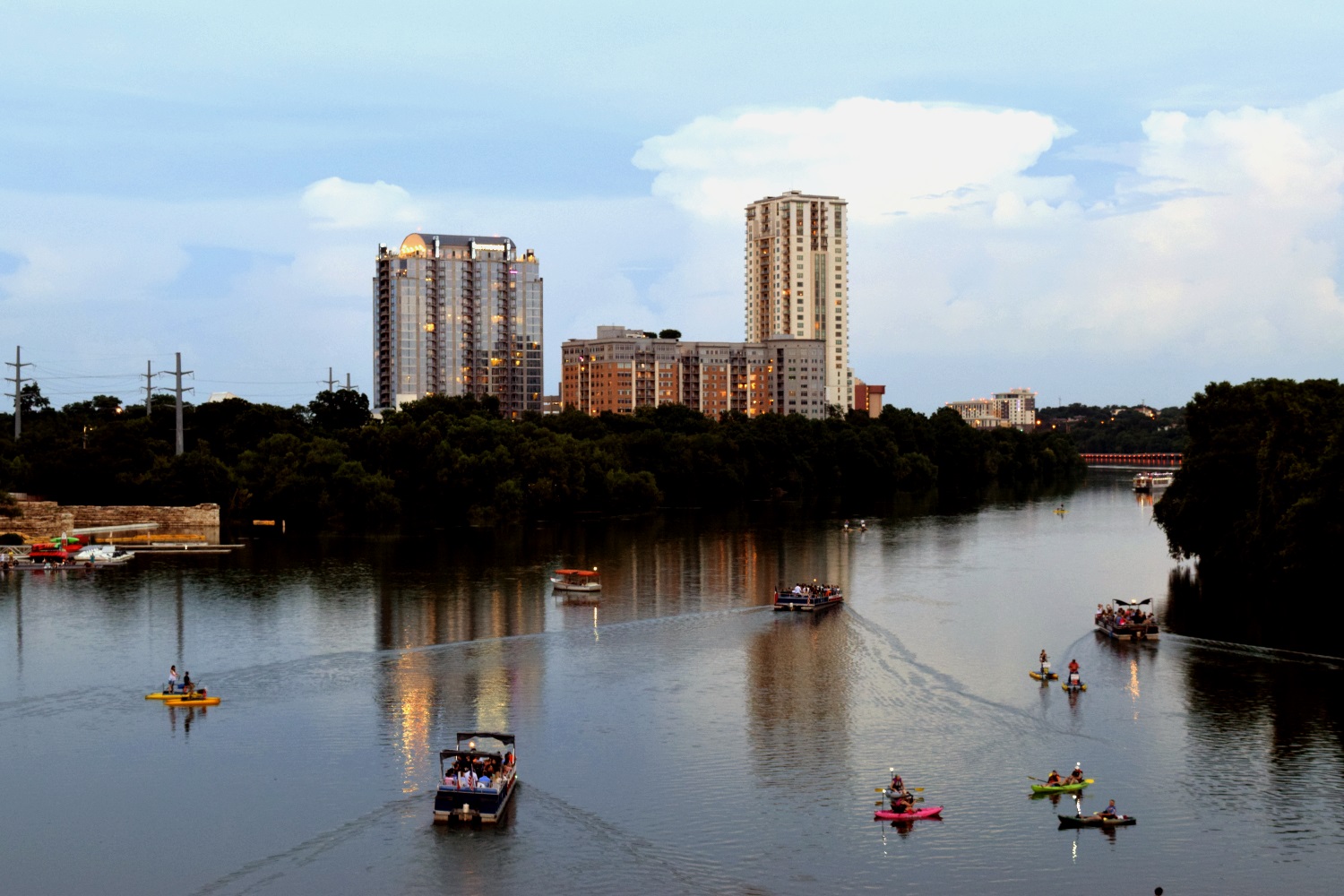 Kayakers and boat cruises arriving for the show.

I did see them, but not like I could have seen them. So I don’t really count this as a win. But it wasn’t exactly a fail either. And it’s not like I’m not going to Austin again. It such a vibrant, fun city with so much to do. I have some great friends who live there and there’s always something new to see. Not to mention things I want to revisit, like Mt. Bonnell, which I did finally get to see again this past weekend (this was a place I visited on my weekend 10 years ago on the afternoon I slept in and missed the bats). Sunsets on future visits are still booked!

Have you seen the bats? What did you think? And if you didn’t know about them, think you want to see them now?