The Greek Food Festival came back to Dallas for it’s 58th(!) year. At 58 years, I’m still surprised I had no idea about the festival when I first lived in Dallas. But regardless, I did find it and definitely looked forward to it again this fall. I love Greek food. I love the flaky, phyllo dough little bites, salty cheeses and olives, warm spices and fresh, vibrant vegetables. I’ve also long been an admirer of the Greek myths. And while I have not been to Greece (yet), I could spend so much time looking at photos of the islands and the ruins. 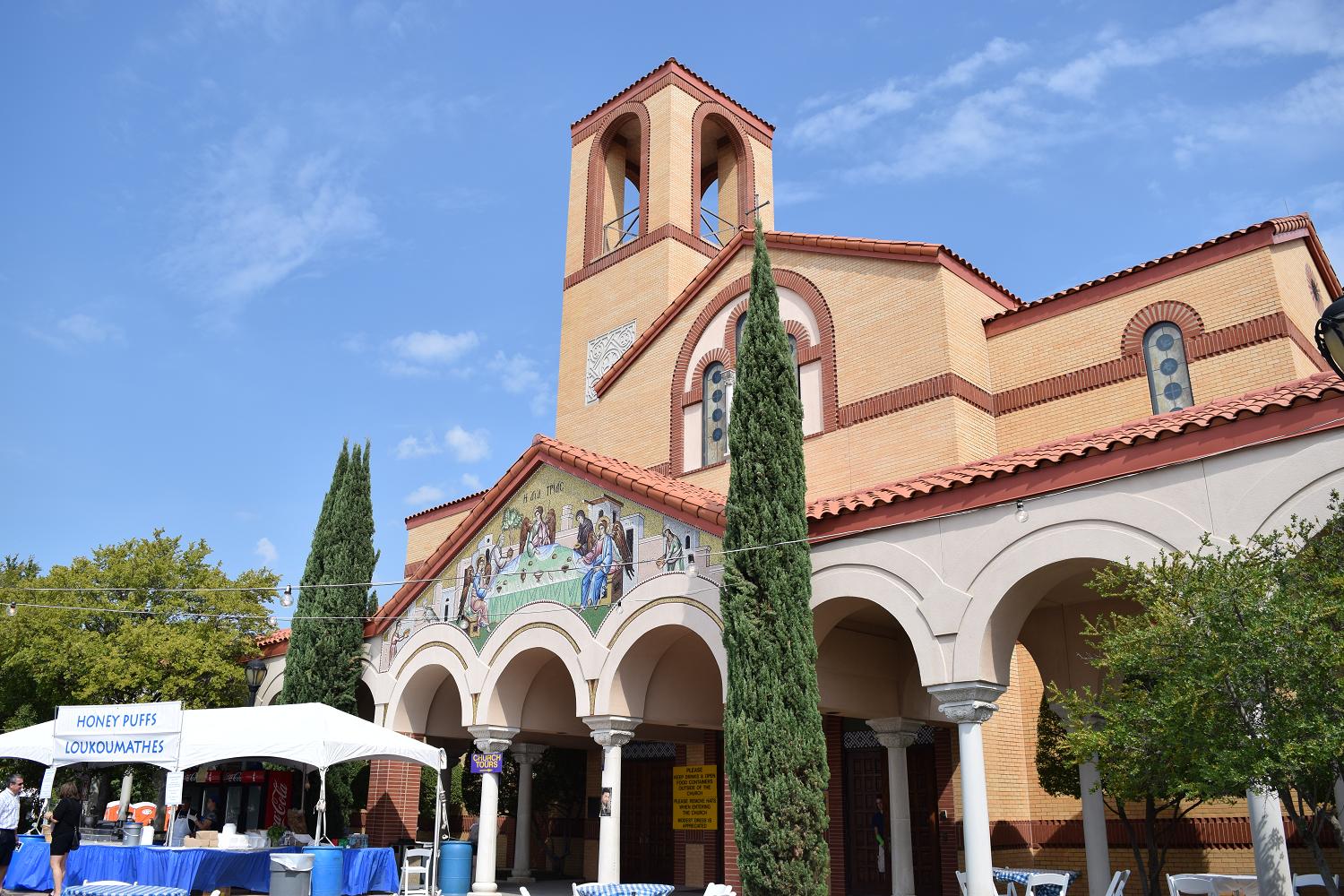 I have to admit that one of the things I looked forward to the most was a Greek frappe. A frappe is Nescafe, sugar and water, and with the instant coffee, there is this brilliant, frothy top. And its served over ice, perfect for the warm Texas fall. As the cafe stand is set up right in the courtyard just after the ticket purchases, I was able to get one of these first.

Chilled frappe in hand, we walked over to the Agora marketplace (vendors set up inside the community center) in time for a cooking demo. When we left the marketplace after a little window shopping, we were greeted with two Grecian soldiers from another time: 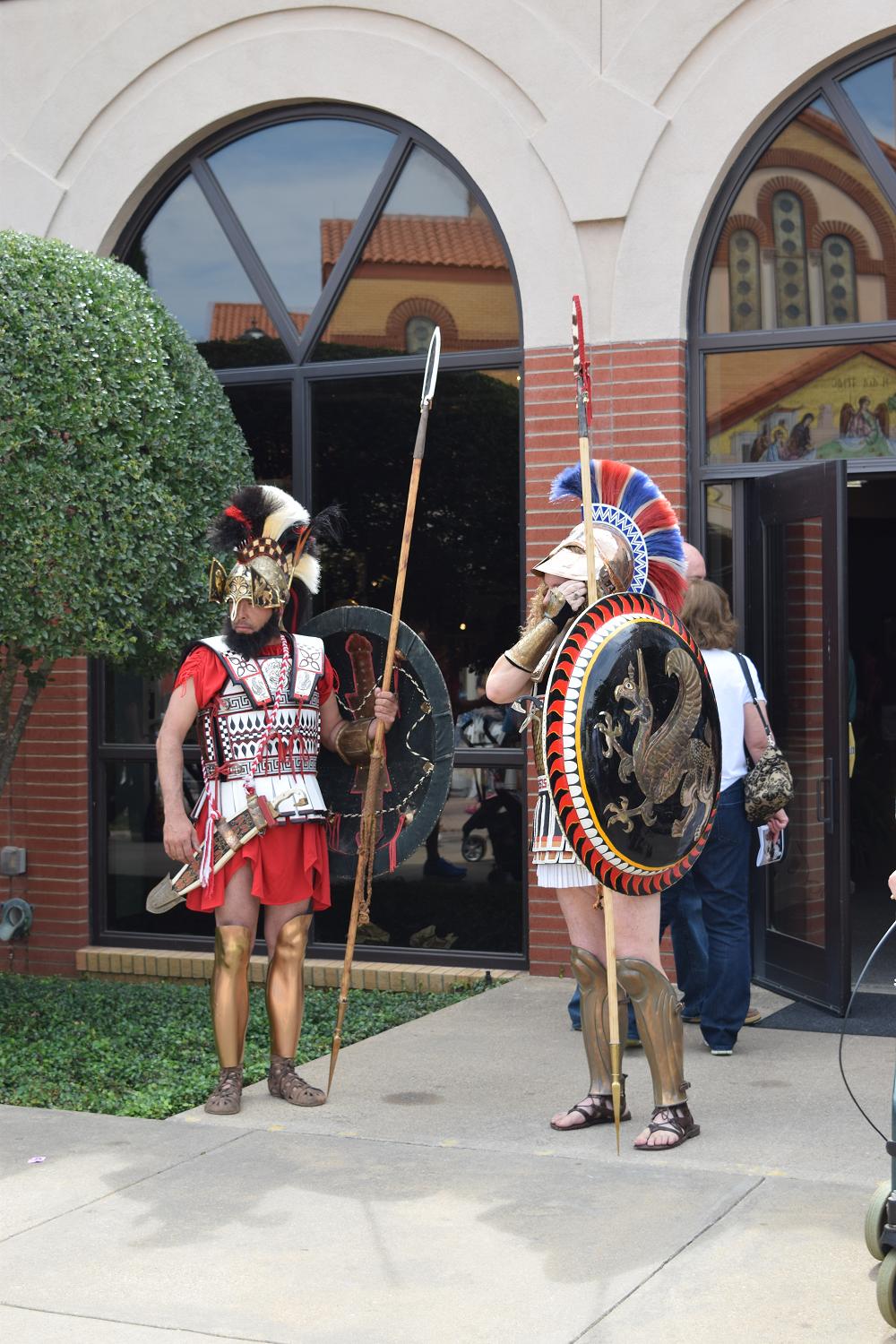 And as a lover of Greek food, the next thing to look forward to was the food stalls. So many delicious smells came our way, and even though I am a vegetarian, I still appreciated the warm spices emanating from the roasted meat. The dolmas on offer did unfortunately include beef (vegetarian dolmas are among my favorite dishes), but there were still the flaky spanakopitas nearby. Perfectly flaky!

New this year were the feta balls, which were pretty much just what they sound like. Little balls of feta mixed with Greek spices, rolled in breadcrumbs and fried. They were served with a dipping sauce (or jam, rather) in orange or fig. I chose the fig. What a great accompaniment! The jam was sweet and as you bit into the feta ball, that came first. And then cutting through that was all the salty gooeyness of the melted feta. While both were served warm, these dishes were delicious when served with a chilled glass of Greek red wine (yes, some red does taste quite nice a little chilled).

There was much more than just food, wine and coffee drinks. After lunch, we toured the church, and learned about the symbols on the walls, the icons, and some of the practices in the Greek Orthodox faith. Some of those subtle differences, and others not so subtle, were really interesting to learn. Unfortunately, I was somewhat near the back of a large group, so didn’t hear as much as I would have liked. One thing was that during the marriage ceremony, traditionally vows are not exchanged between the couple. But the couple is crowned, becoming the king and queen of the household.

If you’re in the Dallas area, then I hope you made it to the festival if the culture and food interest you. And if you’re looking to check it out, it’ll again be the last weekend in September. Dates are posted online at www.greekfestivalofdallas.com!