An evening with Khaled Hosseini

The other week I had the opportunity to sit at a book talk and signing with Khaled Hosseini, who is out on tour promoting his new book And the Mountains Echoed

. Hosseini is a phenomenal writer. I’ve read his other two books and was very emotionally engaged in the story, and so I am really looking forward to beginning his third book. 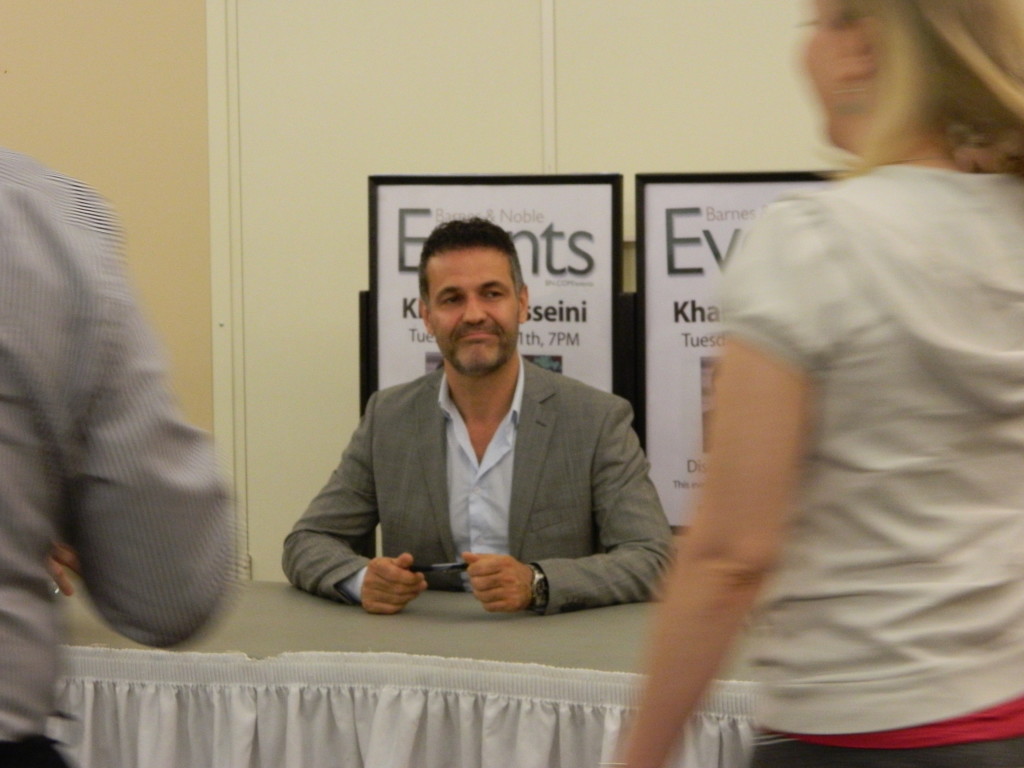 Hosseini’s books, including this third one, have a common theme of family and the conflict that is rooted in familial love. He noted that families have these shared experiences and genetics, and yet, so many times the family members can’t stop hurting each other. And more than that, family is such an important part of understanding one’s self. Who are you? The answer, especially as he noted growing up in Afghanistan, is someone’s son or daughter, someone’s brother or nephew, etc.

After the talk on his book, the focus shifted to Afghanistan and his work with UNHCR. There has been much progress made, some of which doesn’t quite seem like progress until you’re reminded of the starting point. For example, one success is the decrease in child mortality. It used to be 1 out of 5 children died before the age of 5, and now it is 1 in 10. It’s still too many, but it’s important to count the successes as they happen. First 1 in 5, then 1 in 10, and so on.

What was also reassuring to hear, going back to writing, was the question asked about how he writes. Writing “becomes blue collar,” he noted. The writer has to show up and keep going and cannot stop because of writers’ block. It kind of takes the romance out of it, doesn’t it? 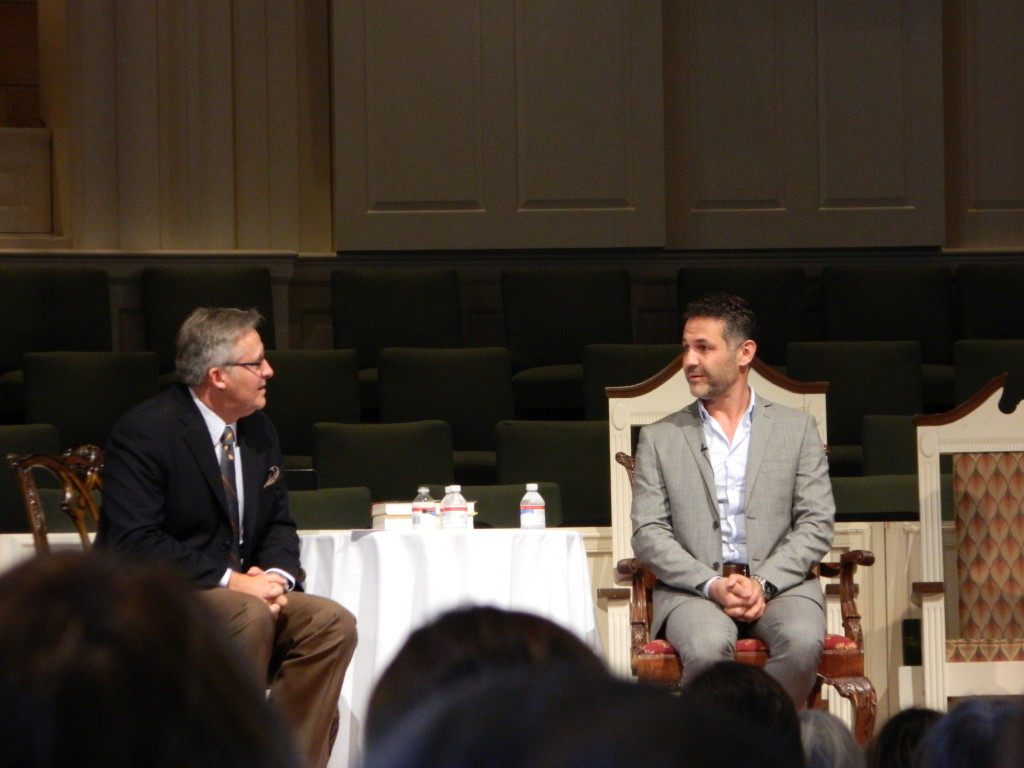 But he also said that he doesn’t plot or outline. And that was one thing with And the Mountains Echoed; he said it started off one one way, but then the characters grew, and the stories grew and then it was this global-encompassing work. For me, I have an idea of what will happen to my characters at the end, and maybe a couple of scenes sprinkled throughout. However…there have been a few stories where at the end, I start off fighting the characters to stick to the plan, only to know that it works better in some opposite direction. Funny how that happens.

I’d been looking forward to Hosseini’s new book when I first heard about it coming up several months ago. And as expected, after listening to him talk, I became much more excited about it and cannot wait to start reading it. If you’ve read it, what did you think?