Blame it on the jet lag. Or maybe on the fact that it’s been about two-to-three weeks since I’ve sat down and really worked on the novel because of travel and travel preparation. Or maybe it’s just plain Monday insomnia.

Whatever the case may be, I’m up. More than bright and early on this lovely Monday morning. As usual when I wake up extra early, I try to fall back to sleep and usually that happens. Especially over the last few days while I readjust to this timezone. But after about an hour, I realized this morning that was not going to happen. So I got up, turned on the coffee early and sat down at my computer, a place I’d missed. 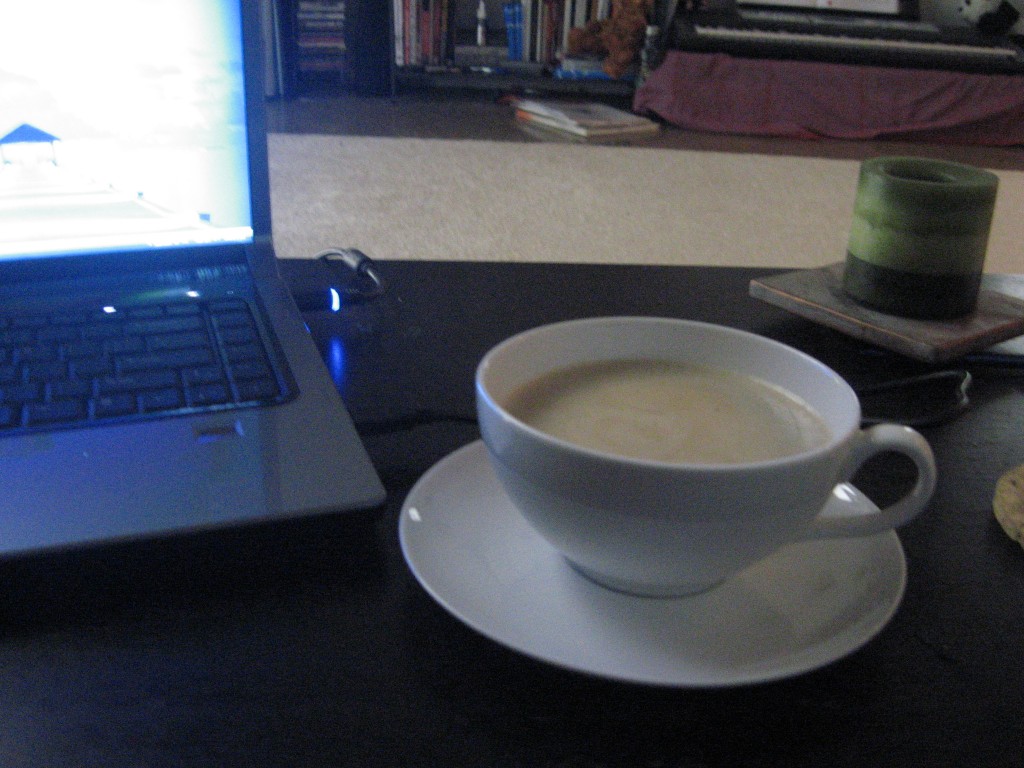 When I do wake up and have a couple of hours of uninterrupted time at the novel, I love it. It’s too early to do anything, so I don’t feel like there are errands to be run or just time to be outside, like I do on the weekends. And during the week I’m not rushing to get ready for the day. It’s nice. Outside it’s still dark, and it’s me, my characters, my coffee and possibility.