something new early on Sunday morning

You know that saying, “you learn something new every day”? A lot of the time it’s very true, and I find myself thinking that after learning something new. Today it’s happened early, so there may be several something news learned. I’m reading Washington: A Life by Ron Chernow, and even though I’m only about 30 pages in (out of about 900), it’s incredibly fascinating and have already learned things we didn’t learn in school. 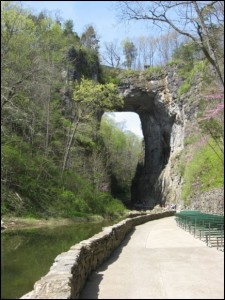 I had learned that Washington was once a surveyor, though I learned this first while at a visit to Natural Bridge where Washington’s initials are carved in the rock. But I’ve also learned about his ambition and achieving the rank of Lieutenant Colonel at 22, and also at this age he made himself known in the British Empire after his narrative of a mission to  the French in Pennsylvania was published in London.

There’s a lot of history for Chernow to cover, an obvious fact just looking at the size of the book, but I’m looking forward to getting further into it. I’ve been big into American history the last several years, mainly the independence-era history, though there was a hiatus of about a year in my reading. I think this biography will help to make up for that gap, and then it might be time to revisit some of the other books I have on my shelves.

I’ll keep you posted about my progress in Washington.