Last week I saw pictures on Glacier National Park of a veritable winter wonderland. The catch is these were current pictures. As in…September. And it was hard to believe I had just visited the park three weeks before! True, there was a winter weather advisory late August for the chill weather (lows came down to the 40s), and cloud cover near and over Logan Pass, there were still moments where the sun peaked through the clouds and there were blue skies and warm weather. Especially on my last day, when he park looked exactly how I wanted to see it on this visit: 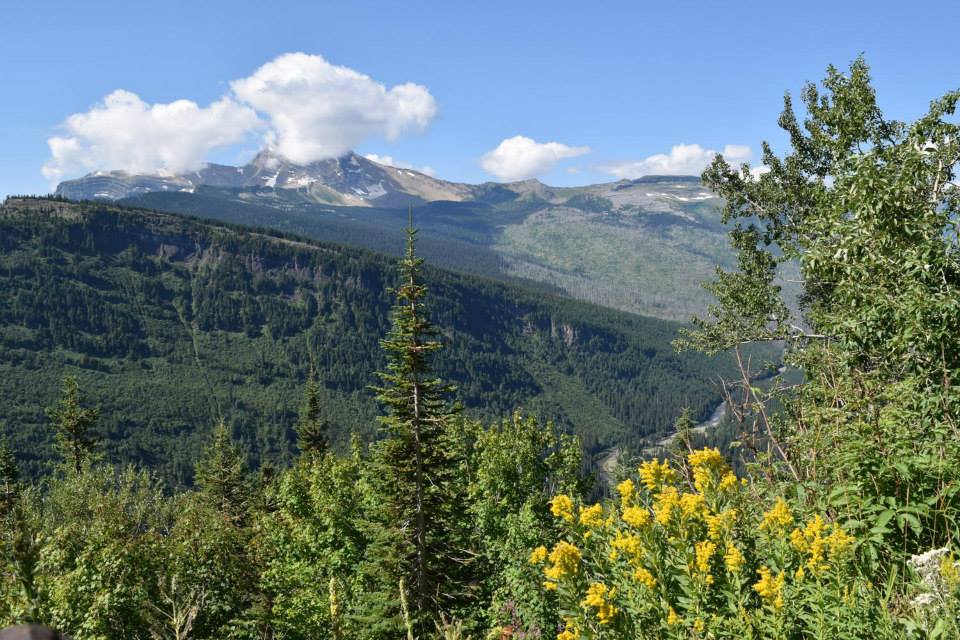 Can you imagine that covered in snow within about a three week period? Maybe in the winter, of course. But not immediately covering those deep, vibrant greens and mountain wild flowers.

But since it happened, it’s clearly not entirely outside the realm of possibility. And in fairness, I visited Montana two years ago in July and hiked through a mix of remaining winter wonderland and green alpine meadows. The Hidden Lake Overlook Hike was nearly covered at its beginning with snow. 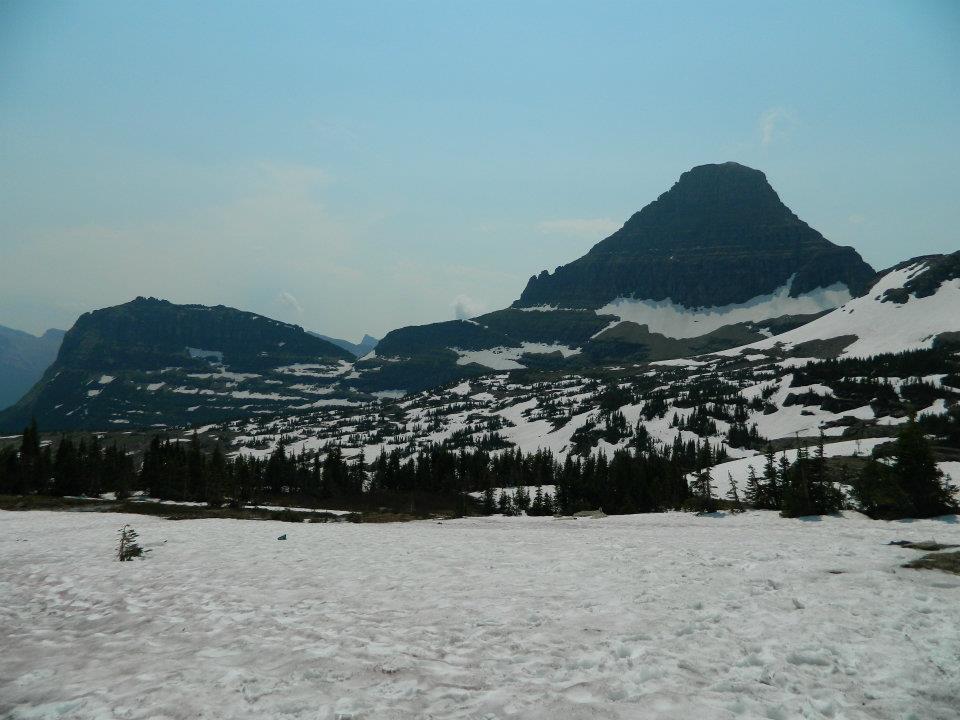 It’s not only the cold and winter temperatures. After all, many of the valleys received no snow. But Logan Pass, at 6,640 ft, is the highest point one can drive to in Glacier, which alone makes for some cooler temperatures. Even if you happen to be 6,000 feet closer to the sun (yes, I did get some color to my cheeks even on that overcast day). In 2012, what was crazy to me is that my friend and I hiked in t-shirts! Even with all that snow, the sun was out and warm, and the snow cold enough that it was still quite packed. How many times will I be outside in short sleeves in the snow? 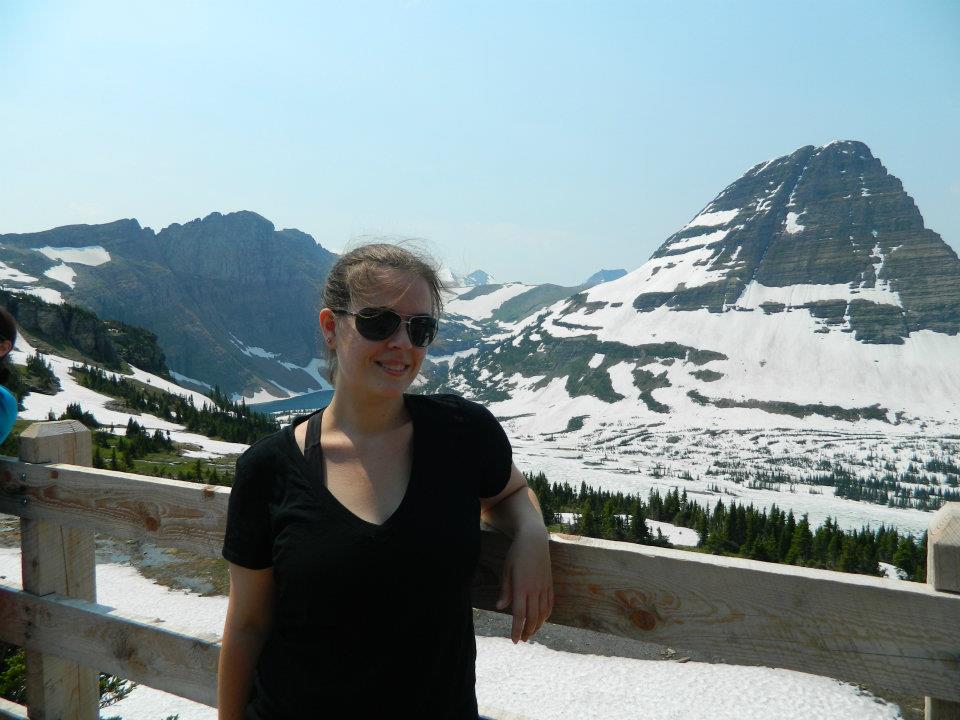 According to the National Park Service, the average snow fall in September is 0.1 inches (in August…it’s 0). The average temperature (high) is 78 in August and 67 in September. I definitely know it wasn’t close to 78 on my visit…except maybe my last day, but even then up in the mountains it was brisk. And on the east side of Glacier where the winds seem stronger and the terrain more rugged. In order for it snow last week, it’s obvious that the weather was colder than I would have liked on my summer vacation.

But…it does make for beautiful photos. The one thing that I have learned in my visits to Glacier, is that there is not a poor photo opportunity. 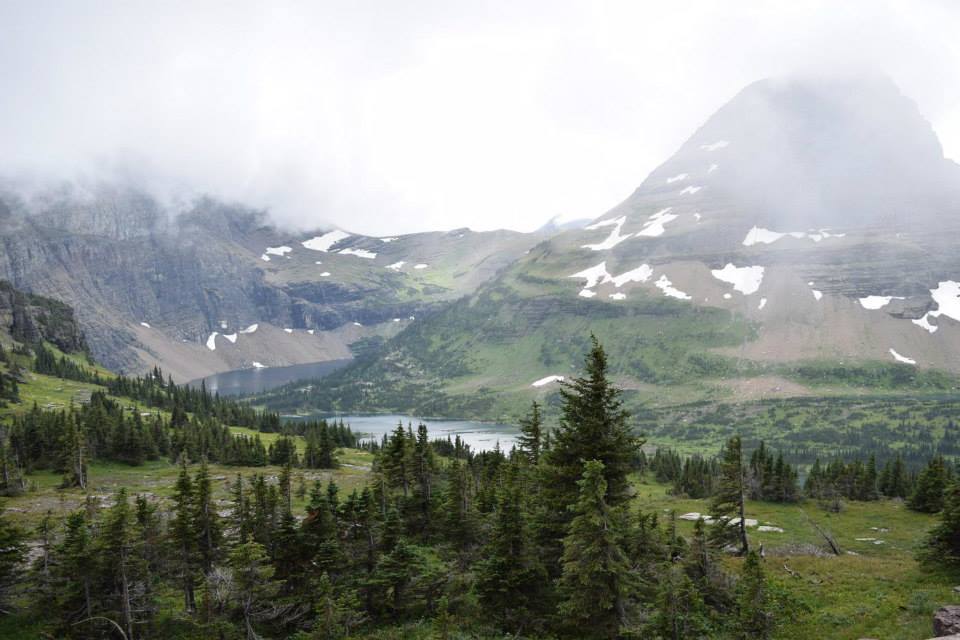