I intended to take a walk around the tidal basin at sunrise and photograph the cherry blossoms (picturesque in any sort of setting, I suppose). Yesterday was such a beautiful day that I expected today to be similar and thought how great the Tidal Basin would look at sunrise. But it seems that I was overruled. 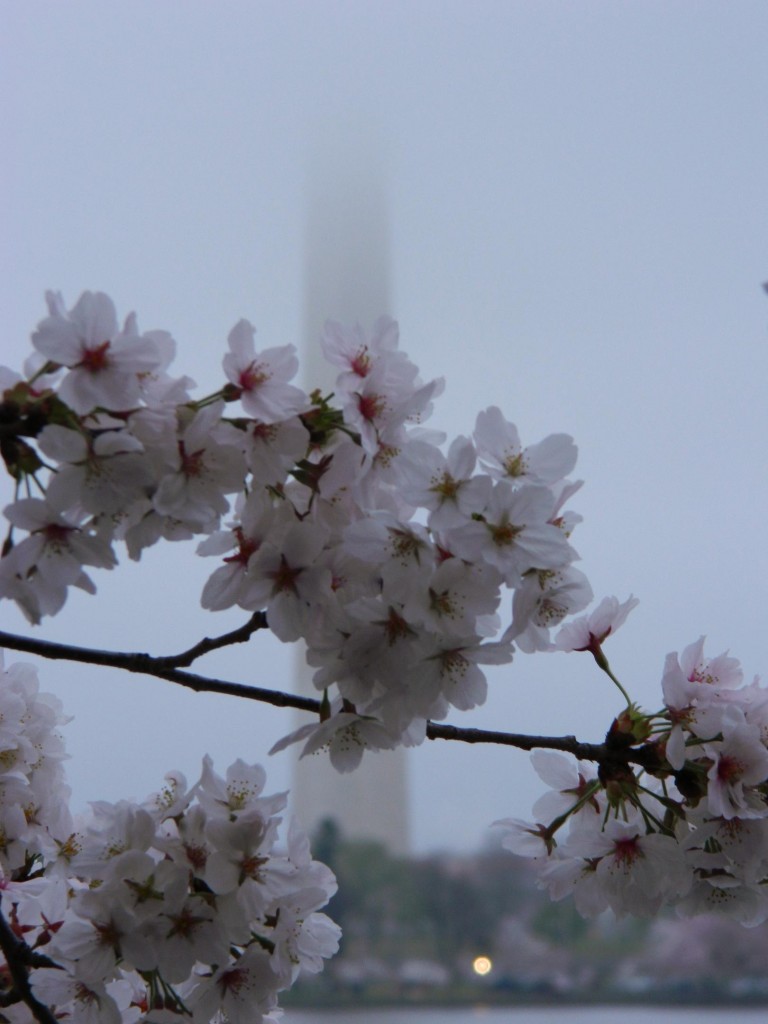 As part of my plan, I did something I have not done in awhile: I set my alarm on a Sunday. I wanted to be sure to wake up and be down by the water to catch the early morning light. Though it still took me some time to get up and leave, as I walked down to the mall I first thought I still managed to make it on time. Until I realized that it was not getting much lighter.

My entire walk down there was cloudy, with a little bit of moisture in the air at times. It didn’t turn out too badly, other than the chill in the air that I had hoped would go the way of the clouds (which of course didn’t go anywhere). I got a couple of photos I do like, but I did want the light. So I guess that just means I’ll have to go back next weekend and try again. I hope. What’s the forecast?