I remember that it was so much fun flying kites when I was younger. Of course back then kite flying was essentially in our front yards or maybe down at a nearby park. I can’t remember why it was so much fun. After all, one is simply standing there holding a string to allow the kite to soar. Maybe it’s just that. Free by extension, triumph with keeping the kite in the air.

But while I have a vague memory of the excitement of flying kites, there is one thing I know now. It was nothing as grandiose as the Blossom Kite Festival. 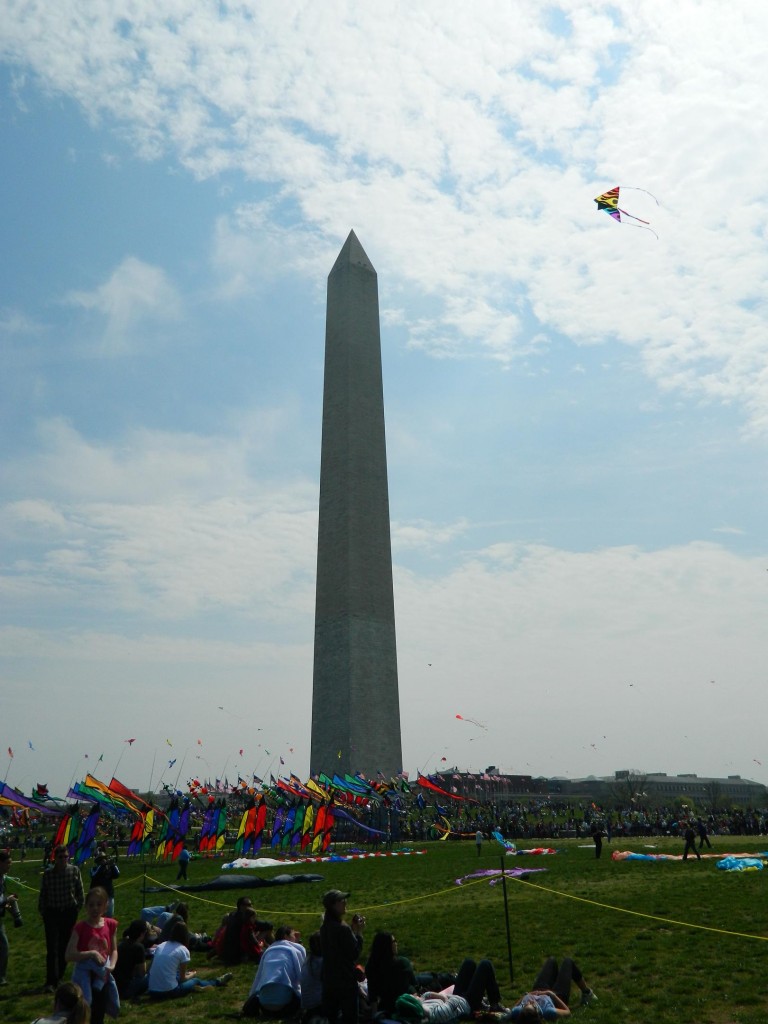 I stumbled upon a kite festival by the Washingotn Monument on accident in years past (it was formerly the Smithsonian Kite Festival), but this year I went down to the Mall specifically to watch. And wow. Was it larger than I expected. Lots of people, and of course, lots of kites. And while on the one hand I wanted to look up at all the kites in the air, I also had to keep checking the ground or risk stumbling over kite string.

All these kites up in the air, with the Washington Monument looming up over the kites and behind that, the towers of the Smithsonian Castle. And no matter how high the kites appeared to fly, they could not match the height of the monument. I have to say, I was more than highly tempted to head over to the kite sales tent and buy my own kite to fly on the grounds of the festival. And even now, typing out the briefest of summaries that cannot compare to the zen feeling of sitting there on a bench next to the tulips and watching the kites, I kind of wished that I had.