I recently bought a new camera, a Nikon with a higher resolution and more aptitude for low light photos, which was a long time coming. I’d had my camera for many years, and had periodically window shopped for cameras. And now that I’ve had my new camera for almost a w month, I have to say I am so completely in love with it. 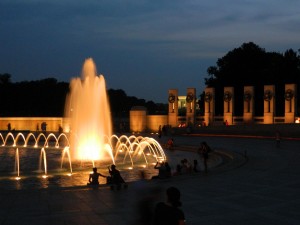 The first week I had it, I definitely suffered for my art. It was during DC’s miserable heat wave and I went out one evening to test it out at sunset and night down on the mall. It was hot, humid and the air was so still. I thought it might be a nice picture if I could find an unfurled flag…but there was no wind. None. All the flags hung straight down their poles. But I still went down and took several pictures of the monuments.

I’ve since tested out my camera in around DC and also took it with me to Dallas to play with, visiting the bronze mustang sculptures in Las Colinas. And I’m looking forward to upcoming holiday weekends to just head out and take pictures elsewhere. Almost two years ago I went to Paris, and I only wish I’d had this camera then!

Guess I’ll just have to go back. 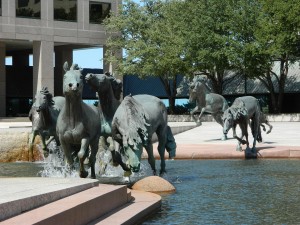